This electric dirt bike is the one you have been waiting for.  It surpasses expectations on all levels. Fast, easy to ride and handle, with quality engineering and components. The Sur-Ron X will provide you with years of off-road fun and excitement! 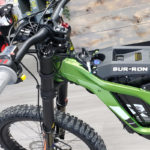 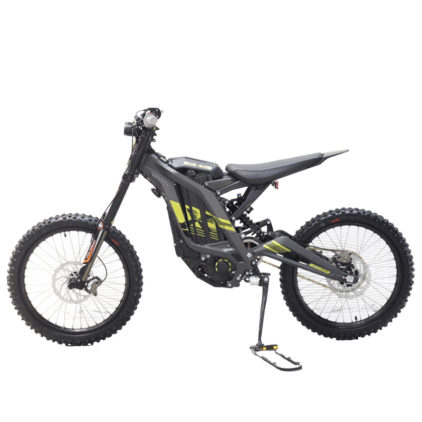 The Sur-Ron X is a highly engineered electric dirt bike created for those who believe in the importance of quality and design. Made with only the highest quality parts the “Light Bee” earned the German Red Dot Award for its design in 2018. Every detail of the bike is well thought out, with Sur-Ron spending over a million dollars in tooling to create this bike and this is evident in the design and execution.

The production line has robotic cars moving from section to section exhibiting a very advanced level of automation. The test stations were equipped with high end dyno machines simulating the performance of the bike in different conditions and a large display was showing detailed results from the motor, transmission, brakes and suspension.

The Sur-Ron team has a very high level of professionalism and integrity which helped us in making our decision to introduce this high performing electric dirt bike to the Canadian market.

Look what else Magnum Sur-Ron X has to offer.  Find your new Biktrix at Kelowna E Ride, the Okanagan’s original and best bike shop!

With 6000W of power and a large RPM reduction between the motor and rear wheel, the demand on the battery is lowered, and the motor runs cooler.Axial flux electric motors have one of the highest usable power and torque densities of any electric vehicle drive motor available on the market today as opposed to the common radial flux. Because of this they can deliver the most power in the smallest package possible.As you can see from the picture, the Sur-Ron Light Bee X uses a 2-stage drive. The first stage uses a belt to make the high-RPM quieter, and the second-stage uses a chain to manage the high torque that is being applied to the rear wheel. By having a 2-stage drive, the motor can run at very high RPM, which helps the input power to remain as efficient as possible, while still providing the target “wheel power” with as little motor heat as possible.

The battery consists of high ratio 18650 battery cells, high power B.M.S., SOC battery statistics, 4 real-time temperature sensors, and a host computer management process and data interface, the battery is able to have excellent high ratio load capacity, a longer life, and very high safety and reliabilityThe battery case is removable and it’s light enough to take it home to plug it in.The battery is the most important and most expensive component of every bike. High energy density batteries are not cheap, and if they are cheap, they are not reliable. The Sur-Ron has an enormous 60v 32ah pack which is 2000 watt-hours. The battery consists of Panasonic PF cells in a durable case that slides into the bike. These cells have a high discharge rate that allows them to be used continuously at maximum power without deteriorating their life.These batteries can also be charged with a higher current so the bike is equipped a 10A charger that halves the typical charging time of a pack of this size from 5-6 hours to 2.5-3 hours. The charger is also a solid-state built-in cast aluminum case with an external cooling fan. Because of the safe high charge current, this battery readily absorbs the high current from the regeneration function of the controller more efficiently than any other battery.

Sine wave controllers are the latest in brushless motor controllers which smooth out many of the rough edges of the old school “square wave” controllers, resulting in 30% less noise. The next big difference that you will notice is much smoother throttle response off the line. Sine Wave controllers are digitally controlled and programmed, resulting in a much smoother and more predictable power curve throughout the entire range of operation.This controller is a perfect match for the Axial flux electric motor resulting in 20% more torque than square wave/radial flux drive train combination.This controller has re-gen coasting which comes on when coasting at speeds of over 8mph. Re-gen braking puts charge back into your battery and most importantly preserves your brake pads.You can also turn re-gen off by hitting the “eco” switch whenever coasting and you will roll naturally without any re-gen resistance. This means you can coast like a bike when you want to.

The Sur-Ron frame is a masterpiece of technology. It’s designed by the same software that was used to model the famous Bird Nest stadium in Beijing, simulating the dynamic impact forces to the bike. It is formed with a massive 6,000 tone press which changes the internal structure of the aluminum which makes it three times stronger. This also allows the total weight of the main and sub frames to be reduced to only 7.8kg! The frame is inspected by strict quality standards and dynamically tested with high-pressure and shear impacts.The rear swing arm is also constructed in the same way to make it as light as possible, while still being strong enough to do the job of taking significant jumps. The rigidity of the frame allows for high stiff shocks to be used by shortening the lengths of the rocker arm.

The Sur-Ron has a very forgiving and responsive suspension with tons of travel. The available power from a standstill is enough to get it up on it’s back wheel, but the throttle is sensitive enough to modulate the power perfectly. The rear wheel is driven by a motorcycle-grade drive chain that can deliver all 6000w of available power.The Sur-Ron is equipped with DNM Volcano front suspension with RST OIL+SPRING dampening. It’s made with MAGNESIUM, weighs in at 3.1Kg and has adjustable pre-load & compression. It’s equipped with Fast Ace 8-inch travel rear suspension. The shock is actuated by an additional linkage to help make the compression as progressive as possible. This means that in the first half of its compression, the swing arms response to road irregularities is very light and sensitive (which provides a smooth ride when riding fast) and the second half of the shock compression is much stiffer, which is necessary for those times when you take a big jump.The Sur-Ron is designed for serious off-road riding. Thousands of jumps have been performed by professional riders and stuntmen, confirming that the suspension system on the Sur Ron is rock solid.